According to Reuters, the iPhone 6 with A 4.7 inch screen version is expected to be launched in August and a 5.5-inch or 5.6-inch model will be released in September, this seem unlikely to be correct. 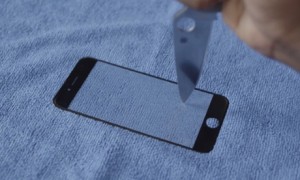 If you are a lover of iPhone please don’t fall victim of the recent scam from an email, sales@apple.com that is emailed to people saying “The wait is over” convincing them that they can buy the iPhone 6 today. A link is giving where they just need to fill out their Apple ID and password. this you would be doing at your own risk as it’s a phishing site. iPhone 6 Release Date is yet to be known as all date on the internet are mere speculations. We should be at alert when Apple announces the  iPhone 6 release date.

One expected remarkable feature of the iPhone 6 is a 4.7inch scratch resistant sapphire crystal screen.

The iPhone 6 4.7inch scratch resistant sapphire crystal screen is believed to be resistant from scratch as shown in the video below.

The new iPhone 6 is rumoured to come with wireless charging feature just like its big rival, Samsung.

Up to 128GB internal storage or expandable storage

It is being rumoured that the new iPhone 6 will come with an automatic unlocking feature similar to Google’s Android L. With this feature, there won’t be any need for Touch ID or a passcode.

New features to allow iPhone 6 work with its long-rumoured iWatch might also be included in the iPhone 6 by Apple.